We worked with Aston and Lancaster Universities to evaluate how our unique model of integrated homes, health and social care makes a real difference to older people’s lives.

The research tested the impact of our approach on the quality of life and cost to society of health and social care for older people. 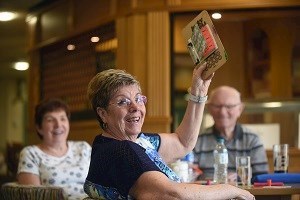 The latest research study builds on the findings from the 2015 report. The focus in both studies is on the benefits to residents provided by ExtraCare villages and schemes including sustained improvements in markers of health and well-being for residents and subsequent cost implications for the NHS.

Our 2015 report showed that there were significant continuous improvements over the three years in depression, perceived health, memory and autobiographical memory that were unique to ExtraCare participants. A number of these analyses were repeated over a three-year period to assess for any continued change and over the full 60 months for ExtraCare residents only. Data from the participants was collected at regular intervals.

Nineteen villages and schemes were included within the assessments with more than 160 residents involved.