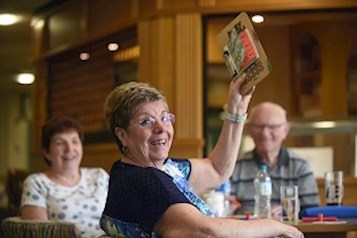 Three of our villages and schemes have been named as winners in the Regional Housing for Older People Awards at the Elderly Accommodation Counsel (EAC) Awards 2019.

Lark Hill Village in Nottingham and Rosewood Court in Wellingborough have both been awarded silver and Hughenden Gardens Village has been awarded bronze. They are just three of 300 to have won a top prize out of the almost 25,000 retirement housing schemes or developments nationwide.

The awards, now in their 8th year, celebrate the best specialist housing for older people, and aim to help shape the future of housing in later life through engaging some 19,000 residents, staff, visitors and volunteers who were all able to vote for their favourite scheme out of the 1,220 nominated between 15 November 2019 and 28 February 2019.

John Galvin, EAC’s Chief Executive, explained the importance of the awards: "Specialist housing for older people plays an enormously significant role in helping them stay independent for longer. The security, support and great communities have a positive impact on individuals and reduce the need for NHS services.”

The EAC Awards are celebrated at The Sheridan Suite, Manchester on 21st May 2019.