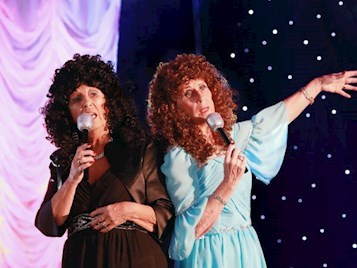 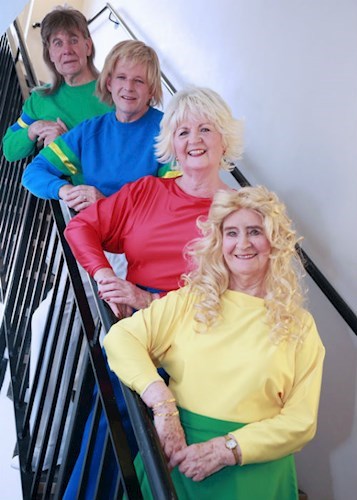 Inspired by the American TV series Lip Sync Battle, residents, volunteers and staff had been rehearsing for their Lip Sync Legends show since March and performed to an audience of around 150 friends and families.

Acts featured a range of hits from several decades and genres, including ‘Enough is Enough’ by Donna Summers and Barbra Streisand, ‘Making Your Mind Up’ by Bucks Fizz, ‘Ain’t No Mountain High Enough’ by Diana Ross and the Supremes, and ‘Karma Chameleon’ by Boy George and Culture Club.

Lovat Fields resident Arthur Champness, performing as Tom Jones, mimed ‘Delilah’ from his wheelchair. He said: “I like getting involved in all sorts and don’t mind going on stage. It’s good to take part in these sorts of things as they get you out of yourself and involved with other people.”

ExtraCare Well-being Advisor Margaret Mason, who also took part in the show, commented on the benefits of the event for the Charity’s residents: “It pushes the boundaries and is a great diversion from every day life.

“Our Charity’s research with Aston University shows that involving older people in sociable activities reduces the likelihood of isolation and depression in later life; it’s about having a good time amongst friends and neighbours.”

The residents taking part transformed themselves into their chosen star, with full make up, hair do and eye-catching costumes. They also watched YouTube videos of their act closely to ensure every line was delivered perfectly.

The event ended with a high-energy performance from Take That and Lulu, wrapping everything up with ‘Relight My Fire’.

For more information about ExtraCare’s research with Aston University:   http://www.extracare.org.uk/research/