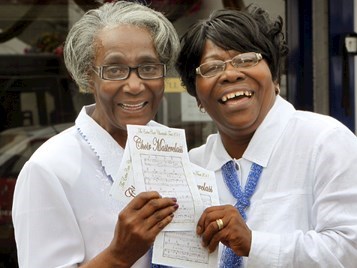 Care costs are cut by more than a third and health benefits soar by successfully combining health, social care and housing services for older people, a ground-breaking three-year study has revealed.

The independent research was commissioned by the ExtraCare Charitable Trust, which provides homes for more than 4,400 older people in 31 retirement villages and smaller housing developments.

It highlights, for the first time, the benefits of allowing older people to remain independent, while living in a retirement community with on-site support services and strong links into the wider neighbourhood.

Key findings included:
•    NHS costs for the Charity's residents were cut by 38 per cent over a year compared with their costs when they first moved in.
•    ExtraCare residents experienced a significant reduction in the duration of unplanned hospital stays from 8-14 days to 1-2 days.
•    Routine GP appointments for The ExtraCare Charitable Trust's residents fell 46 per cent after 12 months.
•    Numbers of people with clinical levels of depression fell by 64.3 per cent over 18 months.
•    Measures of depression symptoms were reduced by 14.8 per cent after 18 months for new ExtraCare residents. Those with low mobility showed the greatest improvement in this ‘mood measure’.
•    Providing higher-level social care cost £4,556 less (26 per cent less) per person per year than providing the same level of care in the local community.
•    In-depth, ‘autobiographical’ memory improved by 10.1 per cent for the Charity's residents after 18 months.

Residents live in one or two-bedroom apartments. For many their new homes have meant new friends and a new lease of life.

ExtraCare Charitable Trust facilities include libraries, gyms, shops and coffee bars. Activities include everything from IT classes to armchair aerobics and reminiscence groups.

Residents are offered health and well-being support, and care is provided where it is needed.

ExtraCare’s award-winning Well-being Service supports residents to be proactive in managing their own health.

Martin Shreeve, chair of the ExtraCare Charitable Trust, said: ‘We believe our long-sighted approach to older people’s housing and health pays dividends. We’ve developed this model for more than 25 years and it’s not just another version of ‘sheltered’ or ‘extra-care’ housing. This is unique and it’s the real “ExtraCare”- it offers our residents an enriching and independent lifestyle and reduces pressure on the public purse.

‘It's time for funders and policymakers to get behind this model which has become so popular with older people and is delivered at a cost that is affordable for the individual and society.’

The three-year study was led by Dr Carol Holland, director of Aston Research Centre for Healthy Ageing (ARCHA), at Aston University in Birmingham.

Dr Holland said: ‘The evidence has shown benefits for the full range of older residents, from active healthy people with few health issues through to the very frail. It is an important stepping-stone to a better understanding of how best health, social care and housing professionals can work together to help people enjoy happier and healthier lives in later years, and an improved quality of life for people at whatever stage they find themselves.’

Resident case studies are below

Interviews are available on request

The full Aston University research is available at:
http://www.aston.ac.uk/lhs/research/centres-facilities/archa/extracare-project/

Case Study - Winifred McLaren: ‘I am so happy,’ says 83-year-old great grandmother Winifred McLaren, whose life has been transformed since she moved into ExtraCare’s Hagley Road Village in Birmingham.  ‘Each person you pass says ‘good morning’ or ‘hello’ and it makes so much difference. It makes you feel so much better. You can have a little talk and a little laugh. I feel so content.’ Read more!

Case Study - Tony Carr: At the age of 90, grandfather Tony Carr has no intention of putting his feet up. Tony, who lives at Hagley Road Retirement Village in Edgbaston, Birmingham, goes to the gym there regularly and enjoys using the cycling machine, the rowing machine and the treadmill.

Case Study - Rosita Codrington: ‘If something should happen to my husband or myself we have the facilities here, we have the support team that can look after us,’ says Rosita Codrington, who lives at ExtraCare’s Pannel Croft Village in Birmingham with her husband Milton. ‘You really don't know what's around the corner, anything can happen.’ Read more!

Case Study - Faith Bailey: Moving to New Oscott Village in Birmingham changed Faith Bailey’s life.  ‘I was in a bad way before we moved,’ says Faith. ‘I was fed up. I’d been stuck inside for six years when we moved. I only went out to the hospital or the doctor. I was in hospital every month, and sometimes once a week. Since I’ve moved in, I’ve only had to go twice. I’m doing more than I thought I’d ever be able to do.’