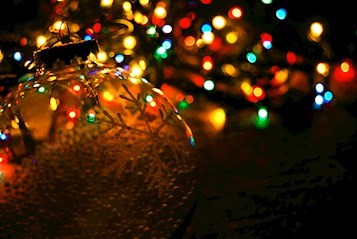 It’s getting festive in Shirley, as shops prepare for ExtraCare’s Advent Window Trail ahead of town’s Christmas light switch on

With the Shirley Christmas light switch on just around the corner, shops, homes and residents alike are preparing to get in the festive spirit by decorating their windows thanks to ExtraCare’s Advent Window Trail.

Shops throughout Stratford Road have been challenged with decorating their windows with an advent theme, with many residents getting involved by decking out their homes fronts too.

Children – and of course, big kids too – will be given the chance to get their hands on a whole of host of amazing prizes by filling in a map trail with stamps from the participating businesses.

The Christmas switch on event will be attended by Solihull actor and musician Malcolm Stent, who will also be turning on the lights. The event will feature a ‘Christmas sing-a-long’, with Solihull Radio and Solihull Rock Choir attending, with a special visit from Santa and his sleigh.

The event has been organised by Friends of Shirley Park, in partnership with Shirley Lions and supported by Shirley Marketing Group.

Liz Hollingshead, Project Development Co-ordinator, at The ExtraCare Charitable Trust, which is leading the Advent Window Trail said: “We can’t wait to see how creative the shops on Stratford Road get.

“Along with the Christmas light switch on, this is the perfect way to get Shirley feeling festive and we really hope that all of the residents get involved.”

Once people have completed the trail by getting every stamp, they can hand it back to the team at ExtraCare at an event being held at Solihull Village, on Wednesday 18th December and be entered into a prize draw, which will be picked before Christmas.

Helena Morrissey, Chair of Friends of Shirley Park said “We are very much looking forward to seeing the Shirley Christmas Lights brighten up the Stratford Road and we wanted to mark the switch on with a festive community event.”

In addition, residents are being asked to take a ‘s-elfie’ in front of the advent windows, before uploading it onto Facebook or Twitter using the hashtag ‘#ShirleyChristmas’. A panel of judges will be picking their favourite picture, with the winner being awarded a prize.

There will also be prizes for best the shop window – with Shirley residents being invited to take on the task of decorating their houses too.

Children from Haslucks Green Junior School have also teamed up with ExtraCare and have created recyclable Nutcracker-themed baubles that will hang on a Christmas tree, in the Solihull Village Marketing Suite.

The tree can be viewed by members of the public during opening hours and of course during the villages extra special festive event, which will be taking place on Wednesday 18th December. This event will include a visit from Santa and his reindeer, mince pies and carol singing, with visitors being one of the first to catch a glimpse of the brand new Solihull Retirement Village, which is set to open in 2021.

Longbridge Village Choir will be singing carols around the tree, along with the choir from Haslucks Green Junior School.

Remember, this event, which will take place from 2pm until 6pm will be your chance to hand in your completed maps too! Maps will be handed out at the Christmas light switch on and you can pick one up from any of the participating shops from 1st December.

The Shirley Christmas Light Switch on will start at 3.15pm, with the lights being switched on at 4pm on Sunday 1st December.