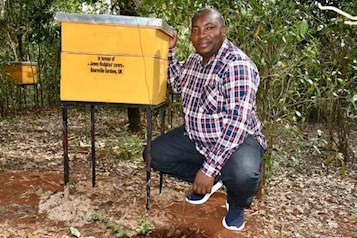 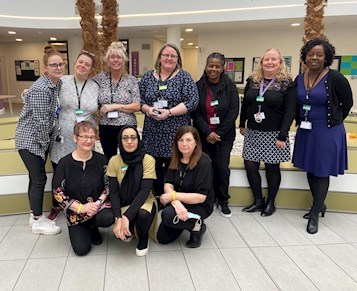 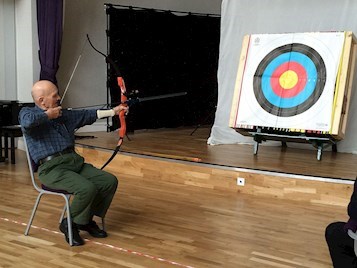 From Bournville to Kenya a legacy of kindness

When Brenda Birrell lost her father James Hodgkiss earlier this year she found a unique way to honour the Bournville team that cared for him at ExtraCare’s Bournville Gardens Village.

Brenda, a Program Director for a small non-profit organisation The Global Uplift Project (TGUP) chose to donate a beehive in Kenya in honour of all those who cared for her father. TGUP completes infrastructure projects in the developing world, building classrooms and birthing clinics, digging wells and latrines, and making washable sanitary supplies that keep girls in school for 3 to 5 years so they can reach their educational potential. Brenda who lives in California states: “My Dad was a great supporter of the project and I wanted to honour the carers in a way that would keep on giving and pay forward the sort of generosity that they show their residents.”

Beehives have been making a huge impact in Kenya, they are installed at schools, on community farms, and in forests in Central Kenya. The increase in pollinators has made an enormous difference to all of the residents in the areas where they are placed -- there is huge food insecurity in many of the hamlets, but the crop yields are now 3 to 5 times what they were before the hives were installed. The main crops are bananas, macadamia nuts, tea, coffee, maize, and green beans. Each hive produces about 26 pounds of honey a year! Honey is harvested and sold to support the maintenance of the hives as well as to support school operations and family farming.

Brenda’s father James moved to ExtraCare’s Bournville Gardens Retirement Village six years ago. James started attending informational meetings about Bournville Gardens, which was a village that was due to be built. He had seen how difficult it was for Brenda to deal with finding care for an older relative whilst they were living in California. Brenda adds: “Dad didn't want us to ever have to do that again, so we set out to find the best option for him. Right from the start, he loved what Bournville Gardens was going to be offering. It was one of the best decisions he ever made. He was very happy there for more than six years.”

James, who was still very active in his years at the village unfortunately had a fall on his way back from swimming and was moved to hospital and then to a care home. The staff at Bournville knew how unhappy Brenda and her father were at the care home, so did everything in their power to make sure James was back at his ExtraCare apartment as soon as he could be.

Brenda explains: “It was his greatest dream to get home to Bournville Village, and he was so happy when he saw one of the care supervisors and she told him they would do everything they could to get him home. I cannot speak highly enough of every single carer who worked with my dad. He felt loved and valued by all of them, and they kept him as comfortable and happy as possible.”

The staff at Bournville went out of their way to keep communication flowing between Brenda and her father, helping him Facetime her every week, and on his birthday when he turned 94 on January 1st this year the staff sang to him and even facilitated Brenda’s professional cellist friends to perform a concert in James’s room and serenade him.

Brenda comments: “His birthday was filled with joy as lots of friends visited and five days later he passed away peacefully in his sleep. He was a wonderful man who had a great life and a peaceful passing. I could not have asked for anything more. My hope is that the beehive will follow in the pattern of all of the others we have installed and truly help a whole community to avoid food insecurity. I cannot speak highly enough about ExtraCare! Everyone made life so much better for my dad and for me as I knew he was getting the best care possible. The care team made dad feel loved and valued and my hope is that the beehive can continue such a legacy of kindness.”

Image 1: Project worker Philip Kabiru with the beehive in Kenya