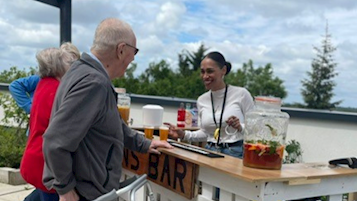 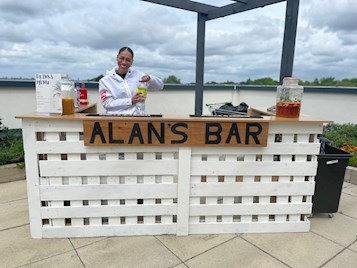 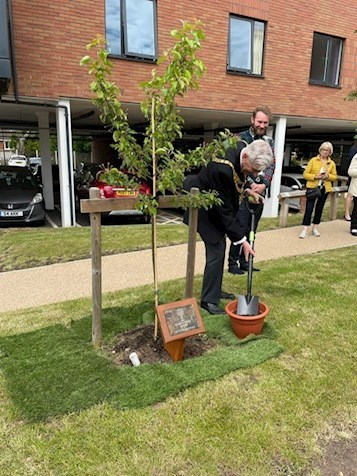 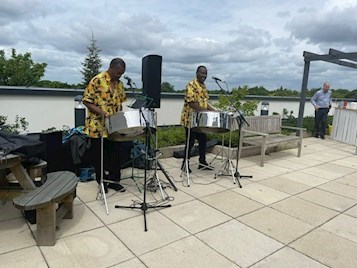 It was fun in the sun as ExtraCare's Solihull Village hosted a community fun day at the weekend!

The fun day held on Saturday (May 21) saw families enjoy a range of activities from 11am until 3pm. Guests were treated to a children’s entertainer, barbecue food, market stalls, live music at the bistro and beautiful rooftop gardens, games and a visit from the Mayor of Solihull. The event was attended by up to 350 members of the community, residents, and their families.

Mayor Ken Meeson helped plant a tree for the Queen’s Jubilee and was taken on a tour of ExtraCare’s Solihull Village.  He comments: “It was great to be able to plant a tree to mark the Queen’s Platinum Jubilee and to meet many of the residents. The whole complex was impressive, as was the range of activities to keep people active - from growing plants for the roof garden to a fully equipped woodworking repair shop.”

Attendees were wowed with a rousing performance by the band Tropical Visions who played from a transformed Caribbean themed rooftop. The bar on the roof was created by a resident in the village’s woodworking shop and named ‘Alan’s Bar’ after its creator.

The day was held to celebrate the village as they were unable to enjoy their one-year anniversary previously due to the pandemic.

A resident added: “It was really wonderful, lovely weather and such a fabulous day especially for my family who came to take part.”

Find out more about Solihull Village.

The bar was created by one of the village's own residents.