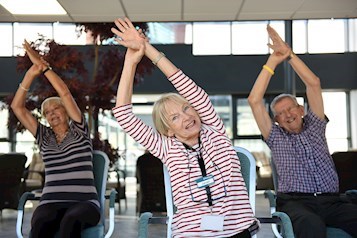 ExtraCare shortlisted for Older People's Landlord of the Year

The ExtraCare Charitable Trust has been shortlisted as a finalist for Older People's Landlord of the Year in the UK Housing Awards (UKHA) 2019.

The awards, organised by the Chartered Institute of Housing, have showcased excellence in the housing sector for more than 20 years.

ExtraCare is among 11 organisations shortlisted in the category of Best Older People’s Landlord, which looks for providers who have helped people to maintain their independence and live healthy, happy lives.

The winner will be announced at an awards ceremony in May.

In 2017, ExtraCare won the UKHA Outstanding Development Programme of the Year, for a programme of new retirement villages in development including Longbridge Village in Birmingham, Hughenden Gardens Village in High Wycombe, Stoke Gifford Retirement Village in South Gloucestershire and Wixams Village in Bedford. The award also made particular reference to residents’ involvement in the Charity’s development strategy.

The Charity also won the Outstanding Approach to Innovation award in 2016, for dementia services.