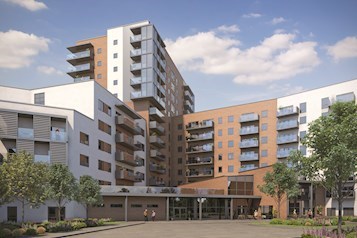 ExtraCare has joined a coalition of more than thirty charities, older people’s representatives, policymakers, academics, and private sector and civil society leaders to, this week, urge the Prime Minister to take immediate action to expand new options that sit between the traditional care solutions of care homes, and receiving care at home – with there now being “a new consensus that the 2020s need to be the decade of housing-with-care”.

The open letter’s signatories include MPs and Peers from the Conservative, Labour, Liberal Democrat and SNP parties and the crossbench group, and leaders from organisations as diverse as Age UK, Legal & General, the British Property Federation, the Campaign to End Loneliness and the County Councils Network, as well as the country’s largest not-for-profit providers of care and support for older people.

In a rare sign of agreement in the often-contentious debate on social care reform, the coalition point out that “just as previous decades saw the expansion of the care home and home care sectors, there is now a new consensus that the 2020s need to be the decade of housing with care”. This young but growing sector goes beyond traditional sheltered housing and combines independent living for older people with the provision of onsite, CQC-registered care, support, and a wide range of communal services and facilities. The sector has successfully shielded older people during the Covid-19 pandemic, improves the health, wellbeing and social connection of residents, and reduces pressure on the NHS by cutting down GP and hospital visits.

These benefits are being recognised by a growing number of older people, with a recent survey of housing-with-care operators finding that 85% had experienced a significant rise in interest compared to the same point last year. Despite this, just 0.6% of over-65s in the UK currently have the opportunity to live in a housing-with-care development, compared to at least 5-6% in New Zealand, Australia and the US.

To meet the changing needs of older people, the letter says that while “proposals for social care funding reform have now been pushed back until next year, we say that expanding social care provision must start now”. This could be done at low-cost, say the coalition, through the formation of a new task force which brings together different Government departments and is able to “join up planning policy, funding (for those with moderate means) and a regulatory framework” to safeguard older people’s interests. This would pave the way to achieve the Vision 2030 goals of the sector’s representative body, ARCO (Associated Retirement Community Operators), which aims for 250,000 older people to live in housing-with-care by the end of the decade.

The full list of the letter’s signatories are shown below:

“Creating cross-party consensus on social care reform is one of the most urgent priorities facing this country and coming together to expand the housing-with-care sector must play a central part in this.To bring housing-with-care to the fore of political attention, and to foster collaboration between different Government departments to achieve real change, we need the swift formation of a Housing-with-Care Task Force. This is not a party political point – it is about doing what is right for the future livelihoods of older people in this country.”

“When it comes to social care, it is clear that more of the same is not going to suffice. Alongside care homes and homecare, we need to quickly expand the housing-with-care options available to older people, so they can live independently while having access to the best care and support. The Covid-19 crisis has only made this more urgent.

“We know that finding a solution to the social care funding question has been pushed back to next year, but the expansion of social care provision must start now. The Government can take the low-cost yet transformative step of forming a Housing-with-Care Task Force that removes the barriers on the sector’s growth and re-shapes our social care landscape for generations to come.”

“The research on our ageing population is clear: while longevity brings huge challenges, it also represents a golden opportunity to transform society so that our increasing number of years alive are spent in good health. At the centre of this transformation needs to be a reconceptualisation of how we care for and support older people, so that our social care system more closely matches different levels of need, and enables people to make the most of their extra years. Housing-with-care is an exciting new model for supporting older generations that the Government must urgently help to expand through the formation of a new task force.”

“The overwhelming evidence is that we have nowhere near enough retirement housing to meet the needs of our ageing population, especially housing with care. Many older people are interested in downsizing but the lack of supply prevents the freeing up of under-occupied family homes that would hugely benefit younger generations including first time buyers. Unblocking the current log jam must be a priority if we are to solve the housing crisis and meet the social care needs of an ageing population. A cross-government task force to help break down the institutional barriers would be win-win for us all: the young, old and everyone in between.”

Judy Downey, Chair of the Residents and Relatives Association, said:

"Enhancing and enlarging the choices available to older people must be at the heart of a better social care system, which is why we need an expanded supply of housing-with-care to complement existing options. Older age should also be a time of exploring new talents and interests, maintaining health and well-being, building social connections and so much more. As well as providing high quality care and support, housing and care options must give older people more opportunities to live life to the full, as well as providing peace of mind to relatives who are too often presented with unsatisfactory and limited options. But we will not achieve this without urgent action now – starting with cross-government collaboration to boost housing-with-care.”