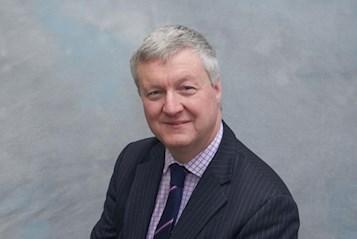 Peter Hay is the strategic director for people, Birmingham City Council. This article first appeared in Inside Housing in March 2015.

Phrases like ‘You’ll never do it’ and ‘I’ll believe it when I see it’ were unfortunately quite common when Birmingham City Council set out its ambition in 2008 to build five retirement villages by 2017. The £200m plan, developed in partnership with local housing provider ExtraCare Charitable Trust, was in response to two key factors.

At the time, the city owned 29 residential care homes. These had served a useful purpose, but were becoming outdated and in need of replacement. The local authority had conducted a study and was aware of the paucity of choice in the city for older people looking to downsize from their current home. We had heard of the success of Chicago in ensuring the provision of a range of accommodation choices for these empty-nesters and thus allowing them to remain within the city. If it works in Chicago, why not Birmingham?

Both partners have worked hard with local communities to ensure their support for the development of the 250-home villages. Such backing is often not easily won, yet the package of regeneration, choice of accommodation size and tenure (including hundreds of homes let at affordable rents) and the social care offer proved compelling time and again.

As a result, Birmingham now has a range of top-quality accommodation across the city that has successfully retained much of our older population and provides support to help people remain in better health. We have also freed up hundreds of family-size homes in the city into the bargain.

Development at this scale will clearly not work in all locations, but with the advent of devolution and demographic pressures growing, I would be amazed if similar partnerships were not effective across the UK.

At last month’s launch of the Longbridge Village, a resident of another ExtraCare scheme, Pannel Croft Village in Newtown, addressed the audience: ‘I have been a resident of Birmingham for more than 50 years and now is the first time I have a home I am proud of.’ I rest my case.