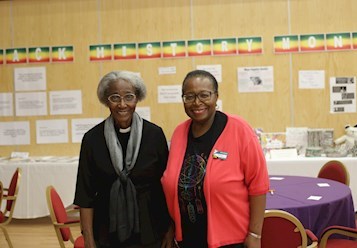 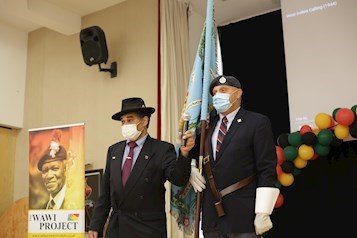 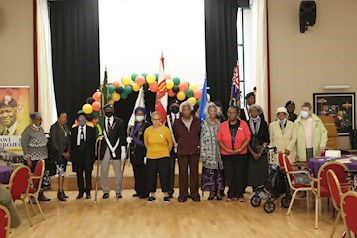 Birmingham retirement residents are ‘proud to be’ this Black History Month

ExtraCare’s Pannel Croft Village came together to honour Black History Month this October with an emotional exhibition. Residents united for the event before opening their doors to members of the wider community and the Birmingham Town Hall Gospel Choir.

The exhibition was led and organised by resident Millicent ‘Milli’ Gobbinsingh. It treated attendees with lessons on history, books displayed by black authors, posters lining the walls featuring influential figures in black British history and world history, and stories from residents with memories of the Windrush generation available to read.

The village, which has over 200 residents, hosted the event to celebrate the contribution that black, African and Caribbean communities have made both on a local level and across the world. Videos from the past played on a big screen and a poem was read by resident Myrtle. Voices of a generation were remembered by the WAWI (Why Are West Indians) project who focus on bringing communities together by promoting Caribbean Military contribution within the British Armed Forces. They raised the standard flags in an emotional tribute to figureheads within the NHS, the Navy, Scotland Yard, and the West Indian Regiments of the armed forces honouring the history of all those who have taken an active role and ensuring their work was acknowledged.

Residents were heavily involved, and some even submitted their own artwork. The theme of this year’s Black History Month is ‘Proud to Be’ and Isadora Malcolm proudly showcased her work as part of the exhibition.

Isadora created multiple artwork pieces while the country was in lockdown using newspapers and a knitting needle.  Among her creations, a miniature cabinet, a wheelchair, and a wicker basket all made purely from rolled up newspaper, quite the feat for a woman in her 80s! “I didn’t miss anyone during COVID while I was working on these,” Isadora comments, “I had found something to occupy my time, I even gifted some to other residents.”

A prayer was delivered by 82-year-old resident and voluntary pastor, Sister Etega Wright. who has lived at the village for nine years. She captured the community essence reminding everyone to move forward in unity, “I do not have a different colour blood to you, it’s red,” she told the crowd, “we are one, lets keep together as one nation.”

Milli, 68, who organised the event comments, “I’ve always been a community person, all of these books and pictures at the exhibition are my own. This event is about being together, we celebrate. Now we can come together again it is even better, we are a real family here.” Milli initially volunteered on reception at the retirement village before becoming a resident herself and organising several village events and activities.

The Birmingham Town Hall Gospel Choir attended the village to deliver an emotional and rousing performance for residents and ticketholders and to top off the month a Motown band will be performing.

Lifestyle Manager at Pannel Croft, Clive Greening, was thrilled with the event, "I couldn't be prouder of the village, the team, volunteers and residents who all give their own time in supporting events and significant dates like this. The residents are fiercely proud of their heritage and rightly so. Residents like Milli have spent a lifetime collecting important historical documents and stories and seeing those remembered and passed along to others is brilliant! Coming together and sharing the past has never been needed more!”

Pannel Croft Village opened in 2012 and is one of five retirement villages in Birmingham, developed and operated by the ExtraCare Charitable Trust, a registered charity of more than 30 years that exists to create better lives for older people.

Members of the WAWI with the standards.

Residents and WAWI attendees at the event.