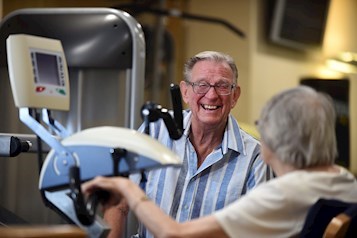 Fred Thompson was just six years old when he was evacuated to America to protect him from harm after the outbreak of war. It was five years later, and the end of the war, when he saw his parents again.

His father worked for Kodak and Fred was one of the Kodakids. He spent the war in Rochester, New York, where he went to school.

Fred, the youngest of four, can still remember boarding the ship with his brother and two sisters. ‘There was a ship load of children,’ he recalls. ‘It was an adventure, like a family outing.’

When Fred came back home he joined the army and was one of the soldiers lining the route during the Queen’s Coronation.

During his career Fred was a gentleman’s hairdresser, an insurance salesman and a bakery delivery driver.

Eventually he went to work for Kodak, just like his father, mother, brother, and sisters who all worked for Kodak at various times. He worked as a spooling machine operator until he retired.

Fred met his wife Joyce at a dance. They married in 1959 and had two children.

The couple moved into Lark Hill Village in March 2017. They had been living in the same house for 48 years.

Fred, now an 84-year-old grandfather, says the move has changed his life. ‘We are more active now,’ he says. ‘I was a couch potato. It was risky to go out in the evening, you didn’t feel safe.’

Now Fred volunteers in the gym, he plays bowls, darts and snooker. Joyce, who is 78 years old, has enjoyed Otago, line dancing and circuit training.

‘We are on the go most of the time,’ he says. The couple have also made friends in the village.

Fred says he enjoyed taking part in Old People’s Home for 4 Year Olds. ‘It was good fun,’ he says.