If you missed the series, you can watch the it via Channel 4 On Demand here.

Old People’s Home for 4 Year Olds Christmas Special is also available on All4 too! 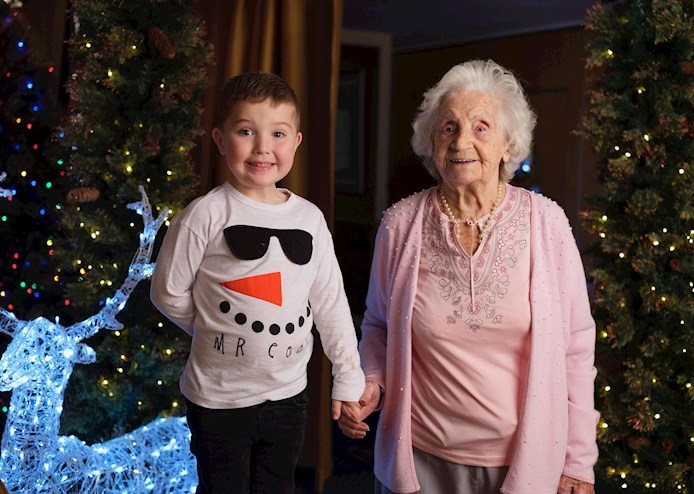 With social isolation being one of the biggest problems for the elderly, and never more so than during the Christmas period, we made a festive return to the Old People’s Home for 4 Year Olds to continue the story of the older residents and their 10 young friends. Series 2 saw strong friendships develop including Ken and Lily ‘Bobtail,’ Beryl and Scarlett and Pauleen and Ismail in the specially built nursery at Lark Hill village near Nottingham, with both groups making significant improvements during the 12 week experiment.

The Christmas special saw the two groups reunited – what has happened to both groups in the six months since they last met? Are the older group still showing improvements in mood, memory and mobility? How are the children finding the move to big school? The reunion tasked the groups with a project to do together to raise awareness of loneliness at Christmas – could they organise a Christmas themed feast for 10 new friends from Lark Hill and the wider Nottingham community? The group also put on a winter wonderland tea dance and the older adults reminisced about Christmases past.